Someone posted on their blog about some cool things their grandpa has done. Including, apparently, this one:

In an online discussion of the different adaptations of a certain manga, someone says:

Lol, not as far as I know. There is a live action movie, though.

"Looking for a story where (...) is hurt and and lost on a plant while his team looks for him."

My mind is running amok now, imagining the hero in question hurt and lost on a terrifying green tentacled man-eating Audrey II-like organism, making up its own Dagobah-sized celestial body. Hrrr!

... if the villain of the story is reeking havoc, wouldn't you say?

If you're talking about someone's "diary entrees" and "her dairy" in the next chapter of your fic, the only thing you're succeeding at is to make me hungry.

Because if you actually meant to say "He looked deviantly at the seven-year-old boy", there's more wrong with your fic than just the one letter.

"Which Includes Norwegian Chocolate Teats Each Day" - From an advent calendar project on Kickstarter.

Just saw this on CBS.

"Hooper said some of the 20 planned rallies may not materialize, but that Muslims should remain vigilante regardless and work with law enforcement to prevent any violence."

This is from one article in the New York Times. And they actually have paid editors. 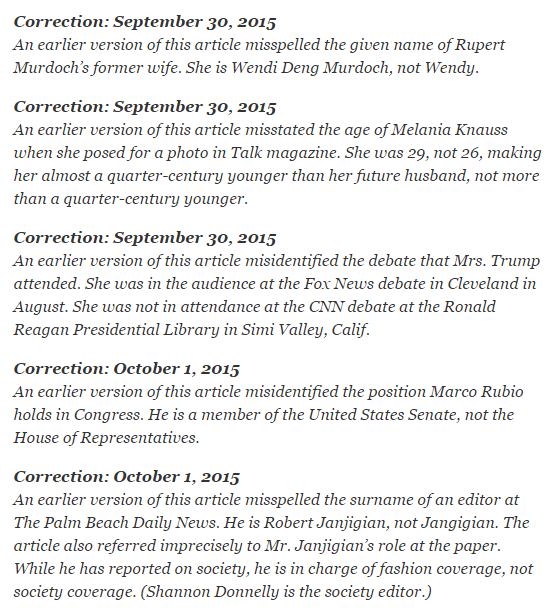